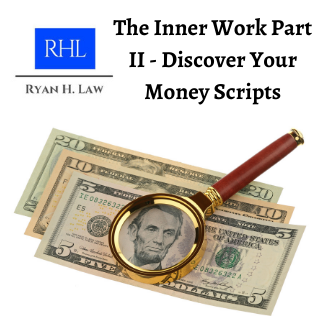 If you haven’t read Part I of this series, please start with that article.

In the first article in this series we learned about Money Habitudes and how it can help to “build trust and quickly reveal what habits and attitudes motivate a person’s money behaviors,” to “easily start great money conversations,” and “reveal the ingrained thoughts, feelings and behaviors that influence our decisions and actions.”

Any tool that can do these things is a tool that you should strongly consider using in your practice.

A fundamental aspect of financial planning is helping clients understand their behaviors around money and the beliefs that support their behavior.

One of the most important things we can do is help our clients discover what beliefs they have about money, since those beliefs drive behavior. Another name for beliefs about money is Money Scripts.

To discover a client’s Money Scripts, one of the tools I use regularly is the Klontz-Money Script Inventory (or KMSI).

I will do an overview of Money Scripts here, but for a deep dive I recommend the article How Clients Money Scripts Predict Their Financial Behaviors.

Money Scripts are the core beliefs that we have about money, and they drive our financial behavior. They are usually developed early in life, and they are often unconscious. They can be resistant to change, especially if they are developed as a result of a financial shock or financial trauma (bankruptcy, divorce, repossession, foreclosure, financial depression, etc.).

A critical component of financial health is learning to identity and change one’s money scripts.

As financial planners it is critical that we dig down to this deeper level to truly understand what is driving a client’s behavior – particularly destructive financial behavior.

Where do we pick up Money Scripts? Some common places include:

As an example, consider the story of Robert Kiyosaki, who wrote the book Rich Dad, Poor Dad. Kiyosaki learned about money at a young age from both his poor dad (his own father) and his rich dad (his best friend’s father). While he doesn’t call his beliefs Money Scripts, you get a clear idea of what his beliefs are about money in his book. Here are several of the Money Scripts he picked up:

These Money Scripts guided all the decisions that made Kiyosaki a successful real estate developer and author.

Let me share one of my earliest Money Scripts with you. When I was probably 4 or 5 I saw a Yogi Bear cartoon called “The Good Old Daze” where Yogi and Boo Boo find a bear (Rip Van Bear) who has been asleep for 100 years. He tries to adapt to life but finds it too hard, and decides to go withdraw the $10 his dad put in the Jellystone bank when they first opened. He goes in to withdraw the money and the bank manager says, “Rip Van Bear! We were afraid you’d show up some day! Get the wheelbarrow ready…and start draining the vault!”

Rip Van Bear leaves the bank with a wheelbarrow full of cash.

This really impacted me as a child and I developed a Money Script – put money in the bank, leave it for a long time, and you’ll eventually need a wheelbarrow to carry it all out.

Now of course that isn’t entirely true (Money Scripts never are), but it did have an effect on me.

There are four main categories of Money Scripts:

Money Avoidance
People with the Money Avoidance script say that money is bad, rich people are greedy, and that they don’t deserve money. Money is a source of fear and anxiety.

Money Worship
People with the Money Worship script say that things would get better if they just had more money, more money will make them happier, and that money brings power and happiness.

Money Status
People with the Money Status script believe that your self-worth equals your net-worth, and that you should only buy something if it is the best. Money equals your status in life.

Money Vigilant
People with the Money Vigilant script believe that money should be saved, not spent. They are alert, watchful, and concerned about their finances.

Just like Money Habitudes, Money Scripts simply help to start a discussion. On the KMSI a high score simply invites inquiry. If a person scores high on Money Status, for example, it gives you, as their financial planner, a starting point for discussing their beliefs about money.

And of course to help your clients discover their money scripts, it is helpful for you to go through the exercise yourself.

In our next article we will learn how to change our Money Scripts.

Going through the Action Steps below will help you identify your own Money Scripts (and subsequently how you can help your clients as well).

All images in this post except the image of Robert Kiyosaki are licensed by Ingram Image – Stock Photo Secrets (AFF).
Robert Kiyosaki image is from Amazon (AFF).