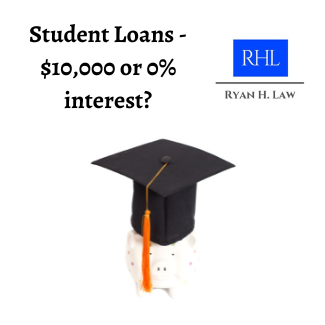 I did a poll recently about student loan forgiveness, and wanted to share my thoughts now that the results are in.

Here are my thoughts:

The student system needs a complete overhaul. Lowering the interest rate would be a good start. Unfortunately, it is not being talked about much on Capitol Hill, because they don’t really want to lose all that money they are earning by charging (relatively) high interest. It will be much cheaper overall for the government to forgive a relatively small amount but keep interest right where it is.

Be sure to Follow me on LinkedIn for updates on major changes.